Save the Ocean to Save the Planet! … KRISO Future Ship Idea Competition 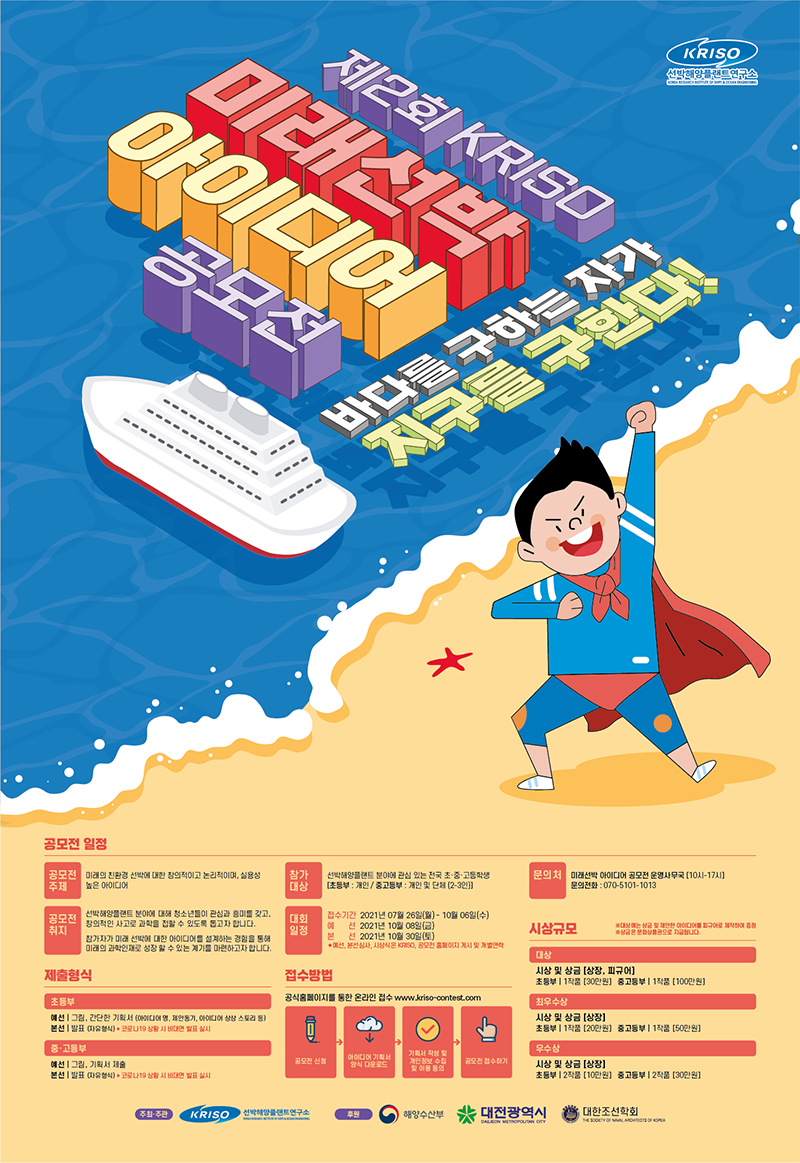 Save the Ocean to Save the Planet! … KRISO Future Ship Idea Competition

▶ Sign up for competition open from July 16th to October 6th

□ The Korea Research Institute of Ships and Ocean engineering (KRISO) is holding a nationwide competition for elementary to high school students.

□ KRISO will hold the 2nd KRISO Future Ship Idea Competition: Save the Ocean to Save the Planet in October, with submission of entries open from July 26th (Mon).

□ The competition, organized by KRISO and sponsored by the Ministry of Oceans and Fisheries, Daejeon Metropolitan Government and the Society of Naval Architects of Korea, was created last year to inspire interest in ships and offshore plants among students, and support their growth as future scientists and engineers.

□ The theme for this year’s future ship idea competition is creative, logical and practical ideas for eco-friendly ships. Any student from elementary, middle or high schools* across the nation can participate.

□ This year’s theme was chosen due to the rise of eco-friendly ships as a hot topic in the international maritime sector with carbon-neutrality becoming a worldwide goal.

□ Entries selected in the preliminary round will move on to the finals, where the winner will be selected from a presentation round. The finals and awards ceremony will be held on OCtober 30th (Sat), with the winner of the grand prize receiving a one-of-a-kind model ship based on their proposed idea.