□ The Korea Research Institute of Ships and Ocean Engineering(KRISO, President Booki Kim) is accelerating the research and development of autonomous ships.

□ Autonomous ships are next generation high-value-added ships that replace the decision-making of the crew with intelligent and autonomous systems through the convergence of artificial intelligence(AI), Internet of Things(IoT), big data, and sensors. Recently, development of autonomous ships has been competitively pursued worldwide, along with the 4th Industrial Revolution.

□ In Korea, the Korea Autonomous Surface Ship Project was initiated in 2020 led by the Ministry of Trade, Industry and Energy and the Ministry of Oceans and Fisheries. Within the project, KRISO is responsible for research on autonomous navigation system development, situational awareness system development, establishment of the foundations for performance demonstration, and international standardization.

□ In order to verify the performance of the safety navigation algorithm and system stability of the autonomous navigation ship, KRISO conducted testing including the real-time generation and operation of safe routes in encountering situations of various ocean conditions, such as waves and 2m model ships, in the KRISO ocean engineering basin.

□ The autonomous navigation ship algorithm and system in development by KRISO differentiates themselves through detailed technologies and test environments.

□ Going beyond the limited situation of encountering a single ship (COLREG* regulation applied), the technology to create and follow safe navigation routes is incorporated even when encountering 3 or more ships simultaneously.

□ Additionally, by verifying the performance of the core algorithm and system in the ocean engineering basin, which can reproduce actual ocean environments including waves, wind, and tides, the reliability of the advanced route decision-making technology for active/intelligent determination of navigation routes depending on the situation can be further improved.

□ Along with the algorithm and system performance testing, KRISO developed a digital twin bridge/engine monitoring system that can remotely monitor the test situation and performance demonstration of the autonomous navigation ship. 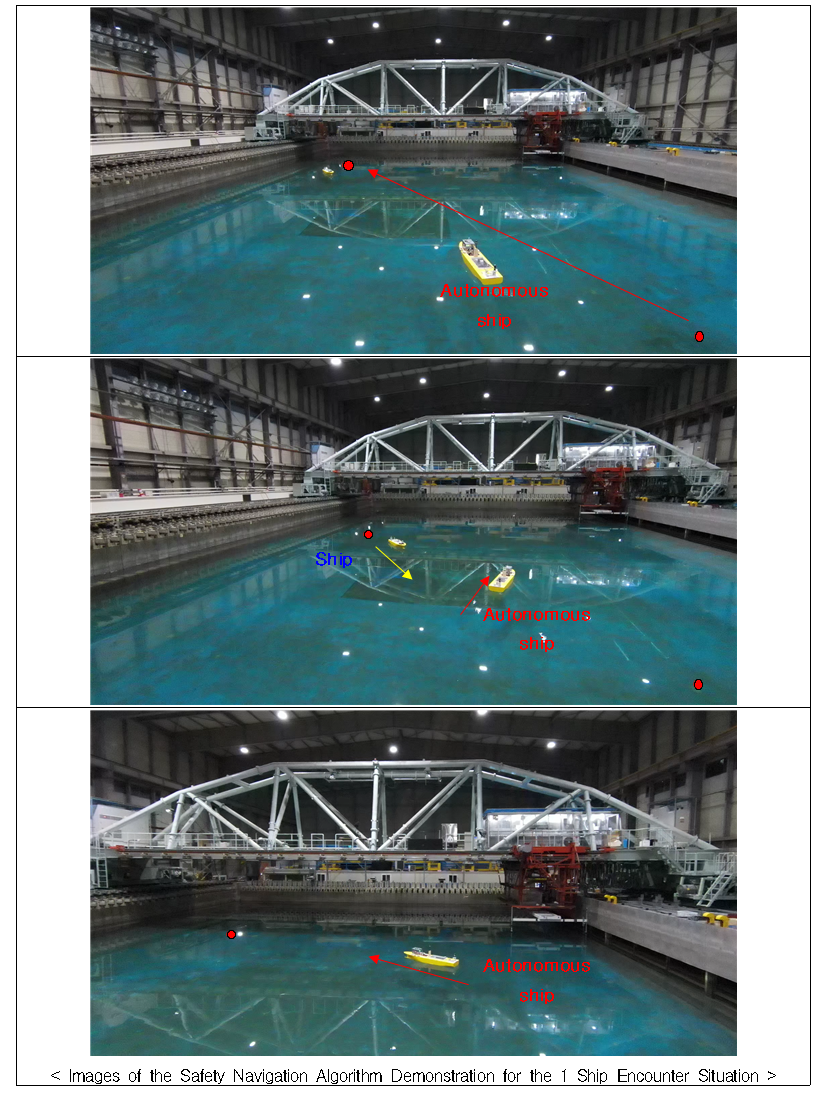 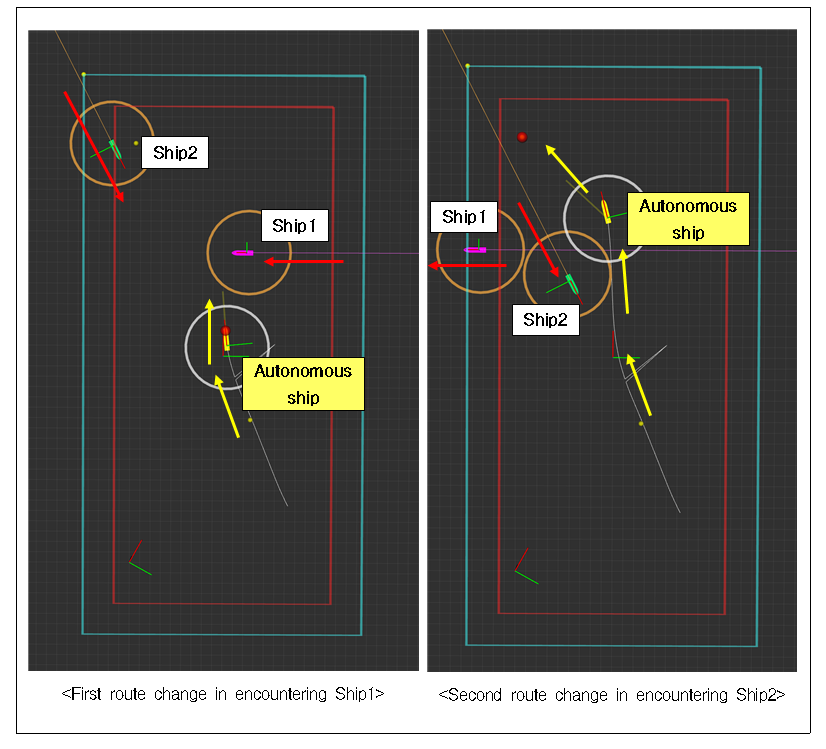 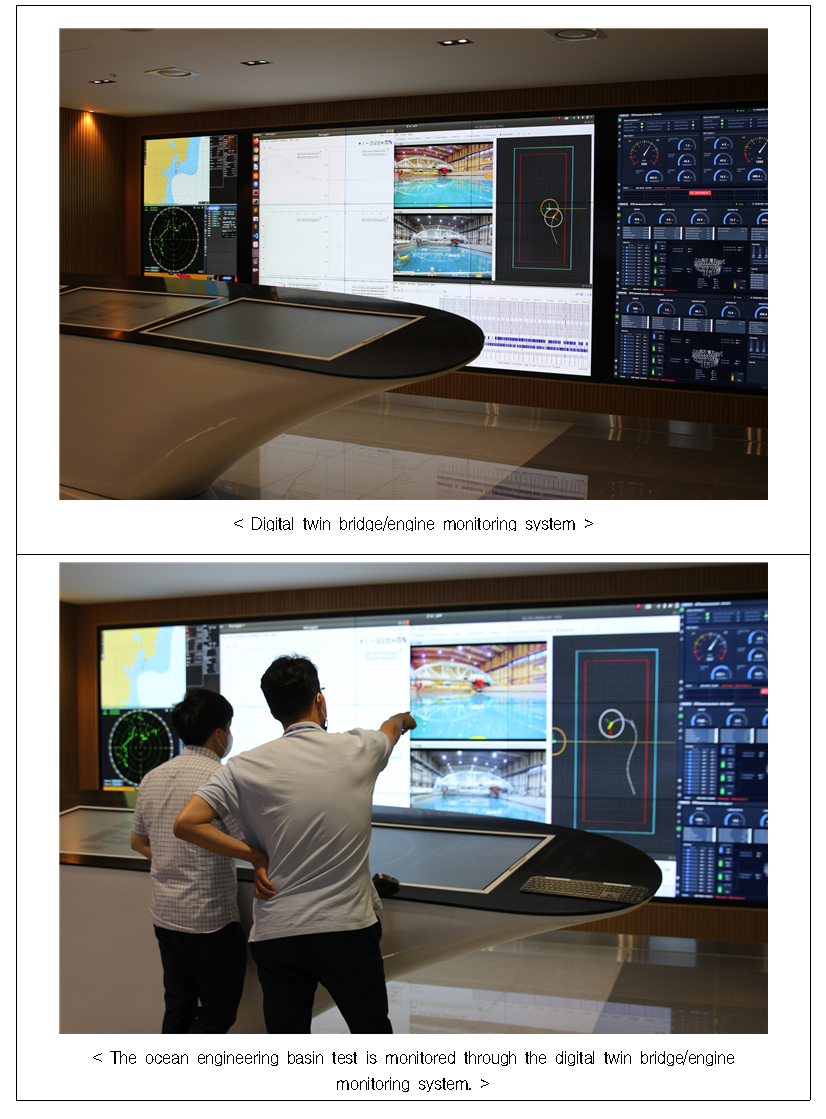