KRISO to Change Paradigm of Ship and Offshore Energy with SMR

KRISO to Change Paradigm of Ship and Offshore Energy with SMR

□ Leading government-funded research institutes in their respective fields of ships and offshore engineering and atomic energy are set to ccoperate in the reduction of maritime carbon emissions using nuclear power, a zero emissions energy source.

□ The Korea Research Institute of Ships and Ocean engineering (hereinafter KRISO, President Booki Kim) and Korea Atomic Energy Research Institute (President Won-Seok Park, hereinafter KAERI) announced the signing of a MOU on “joint research and development of a small modular reactor for ships and offshore plants”on the 28th at the KRISO headquarters.

□ Small modular reactors (SMR) are being actively explored as an emission reducting solution in Korea and around the world, together with renewable energy. According to the United Kingdom Atomic Energy Authority, SMRs are expected to come into commercial use around 2030, with market size reaching 390-620 trillion won by 2035.

□ The two institutions will cooperate to develop a molten salt reactor (MSR), a small modular reactor of outstanding economy and safety.

□ The molten salt reactor (MSR) is a compact reactor which can be applied to ships with relative ease, with a liquid nuclear fuel that solidifies on contact with the external atmosphere, preventing spillage. Furthermore, with a fuel lifecycle of over 30 years, the core does not have to be replaced once it has been installed in the ship.

□ It not only generates highly efficient electricity but also hydrogen, which would dramatically reduce maritime carbon emissions if applied to ships and offshore plants.

□ KAERI President Won-Seok Park said “the MSR will be a globally leading strategic technology, free from spent fuel and safety related issues,”adding, “the development of an MSR for ships and offshore plants will act as the first step accelerating Korea’s leadership in next-generation nuclear energy technologies.”

□ President Booki Kim of KRISO said, “we will lead a paradigm change in ships and offshore energy, with the application of safe and affordable SMR technology to ships and offshore plants,”adding, “we hope this raises the competitiveness of the Korean shipbuilding and offshore industry to the next level.” 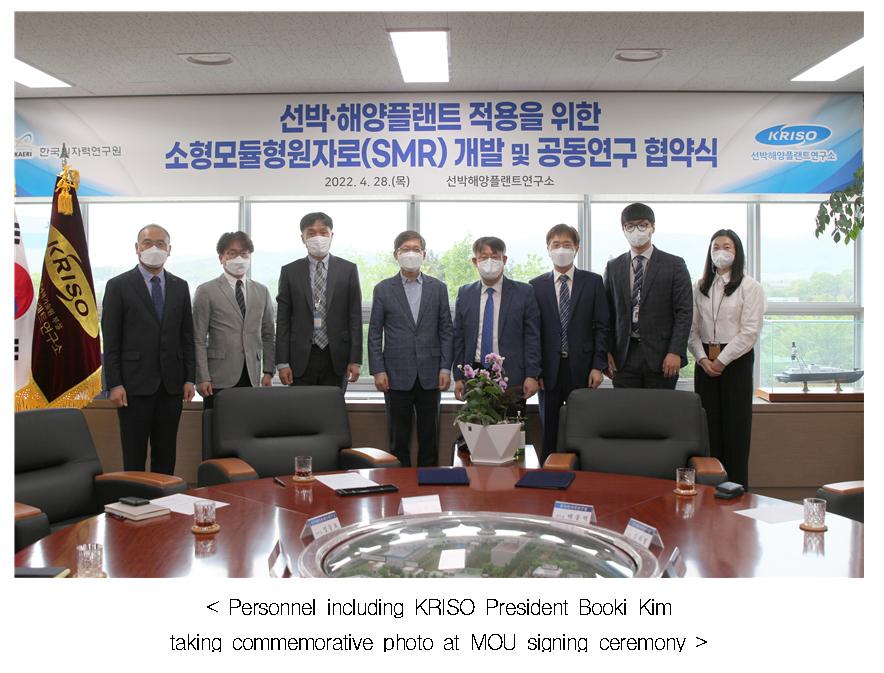 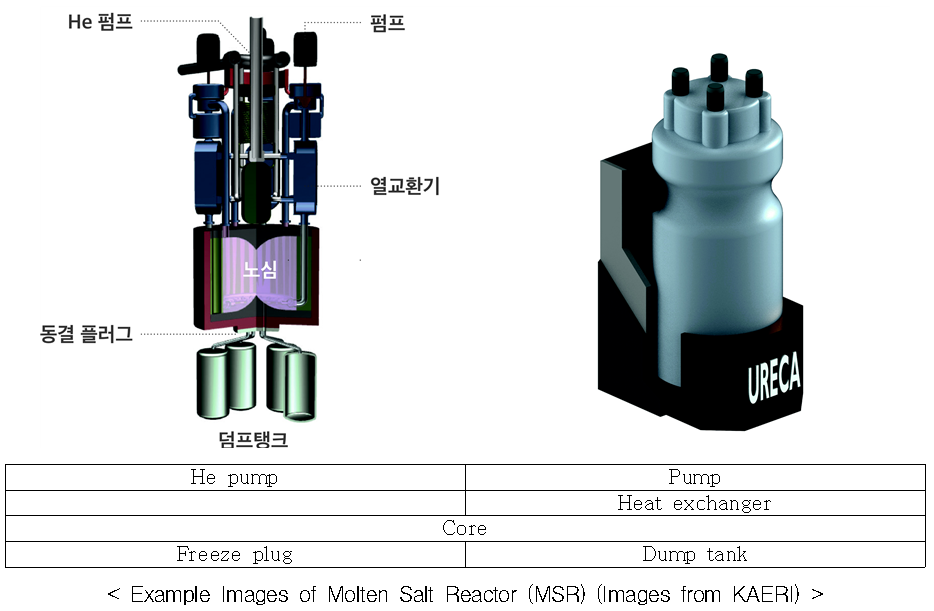