□ The Korea Research Institute of Ships and Ocean engineering (President Booki Kim, hereinafter KRISO) is developing a novel sea trial test ship that will become a testbed for a new generation of eco-friendly vessel technology.

□ The features of K-GTB will also go beyond track record accumulation for individual components, to cover performance evaluation of entire propulsion systems (fuel→distribution→motor) used in eco-friendly ships. The goal is for K-GTB to become a total provider of testing services in eco-friendly ship technologies.

□ KRISO obtained the Approval in Principle (AIP) for the test ship which can be used to evaluate a variety of eco-friendly propulsion systems from the Korean Register of Shipping on the 6th.

□ At present, the testing and demonstration of eco-friendly ship technologies in Korea follow European practices, with specialized test ships being constructed for each test engine and system, making it both costly and time consuming. With the construction of K-GTB, it will be possible to test many different propulsion systems without constructing a new ship each time, making the process much more efficient.

□ The K-GTB, currently being developed by KRISO, is part of the‘Development of 1MW Grade Eco-friendly Alternative Fuel Sea Trial Technology’ project, funded by the Ministry of Oceans and Fisheries. The project will begin with full design and engineering as well as steel cutting in 2022, followed by launching in 2023, and test operation and test sailing in 2024. K-GTB will be based in Namhang, Mokpo and used in core eco-friendly ship technology testing from 2025 onwards.

□ KRISO President Booki Kim commented, “K-GTB is highly significant as the world’s only ship that can be used to test a variety of eco-friendly ship systems,”adding, “as Korea’s only government funded research institute in the shipping and shipbuilding field, we will continue to conduct groundbreaking R&D in line with industry needs and government policies, to open a new era of eco-friendly ships.” 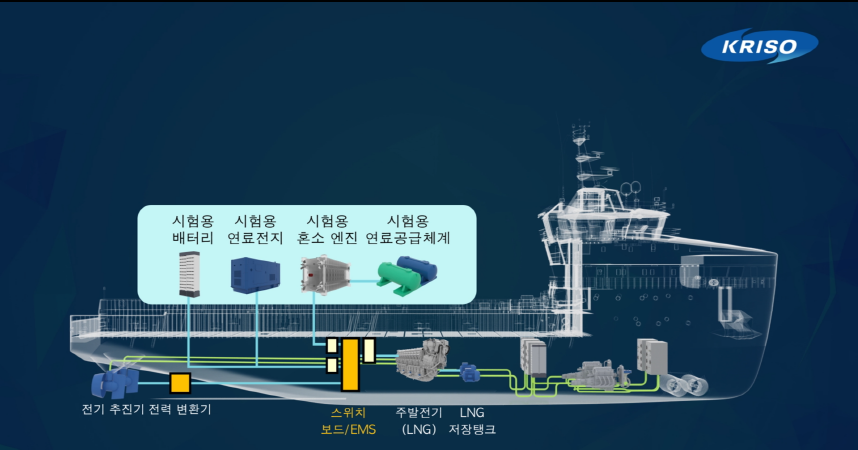 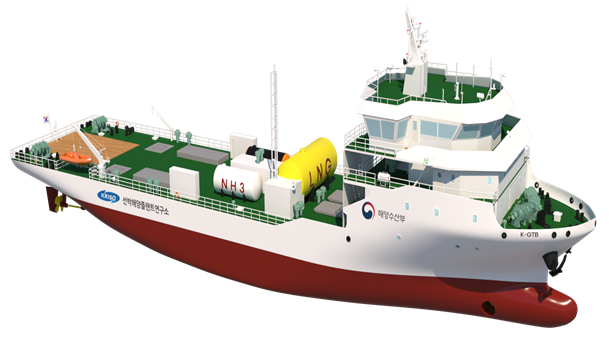